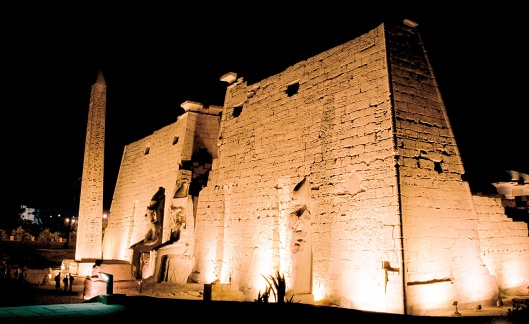 The appointment of Luxor’s new governor has triggered anger

Originally published in The Independent, 18 June 2013

Hoteliers and tour operators in Luxor were beginning to mobilise against Mohamed Morsi last night after the Egyptian President appointed a former Islamist terror leader as the city’s new governor – the same man whose fundamentalist group committed a notorious massacre in the city back in 1997.

As crowds of locals began to protest outside the governor’s office on Monday afternoon, tourism chiefs in the city were due to meet in a hastily convened session to discuss their response to the development.

“This decision is completely wrong,” said Mohamed Abdel Samir, the manager of Viking Travel. “This is not a suitable man for Luxor at all.”

The new governor – just one of 17 gubernatorial appointments announced by Mr Morsi late on Sunday night – is Adel el-Khayat, a founding member of Al-Gamaa Al-Islamiya.

During the 1990s, Al-Gamaa Al-Islamiya carried out a wave of terrorist atrocities targeting civilians and Western tourists. Scores were murdered, leading many analysts to speculate that Egypt was succumbing to an ‘Islamic revolution on the Nile’.

In 1997 the group committed its most high profile operation. Over the course of 45 minutes, six gunmen systematically murdered 58 tourists and four Egyptians inside the Temple of Hatshepsut in Luxor.

Al-Gamaa Al-Islamiya long ago renounced violence. Following the 2011 parliamentary elections after the fall of Hosni Mubarak, its political wing ended up winning 13 seats in the lower house of parliament.

Yet tourism operators in Luxor – already feeling the pinch of an industry which was crippled by the 2011 revolt – are incensed that a man whose group did so much harm to Luxor has now been appointed the city’s governor.

“Luxor is a touristic town,” said Sameh Roshdy, a local travel agent. “And now the new governor is one of those linked with the 1997 attack? We are not going to stand this.”

At last night’s scheduled meeting – to which scores of hoteliers, agents and shop owners were all invited – organisers were due to discuss possible responses to Mr Morsi’s appointment.

Sarwat el-Agamy, chairman of the Travel Agents Association in Luxor, said locals had proposed picketing the governor’s office to prevent him from entering when he arrives on Tuesday. There were also plans to block his arrival at Luxor airport.

Anti-government sentiment, like elsewhere across Egypt, was bubbling over in Luxor even before the weekend appointment of Mr el-Khayat.

Members of the local hotel and travel agency associations, along with opposition political parties, are planning to join the nationwide anti-government protests scheduled for June 30, the one year anniversary of Mohamed Morsi’s election.

The protests – which are currently the talk of the Egyptian street – could well have serious, possibly violent, consequences.

For the liberal and secular opposition, which feels cheated and marginalised by the President, it may be the last roll of the dice in a bid to oust Mohamed Morsi and force early presidential elections.

But for the Muslim Brotherhood, the group to which Mohamed Morsi owes his allegiance, calls for the President’s resignation are an illegitimate attempt to undermine the democratic process.

The Brotherhood has called for counter-protests from its Islamist allies. As power blackouts continue, foreign investors flee and fuel supplies grow scarce, Egyptians are preparing for more turmoil.

Error: Twitter did not respond. Please wait a few minutes and refresh this page.